In recent months I’ve been thinking and studying about judgment – wondering if God is in the process of carrying out judgment in our midst. While doing so, I recalled an incident in my life from many years ago.

As a teenager, not long after receiving my driver’s license, I drove through a red light. Since I was right by the police station there were 2 officers in police cruisers on hand to witness my action – one of which instantaneously pulled me over. He was very nice – even as he ticketed me. But here’s the rest of the story. My ticket required me to go to juvenile court to face the judge – who just happened to be my father!

Today I boast about it – not because he let me off the hook, but because he practiced what God required. ** 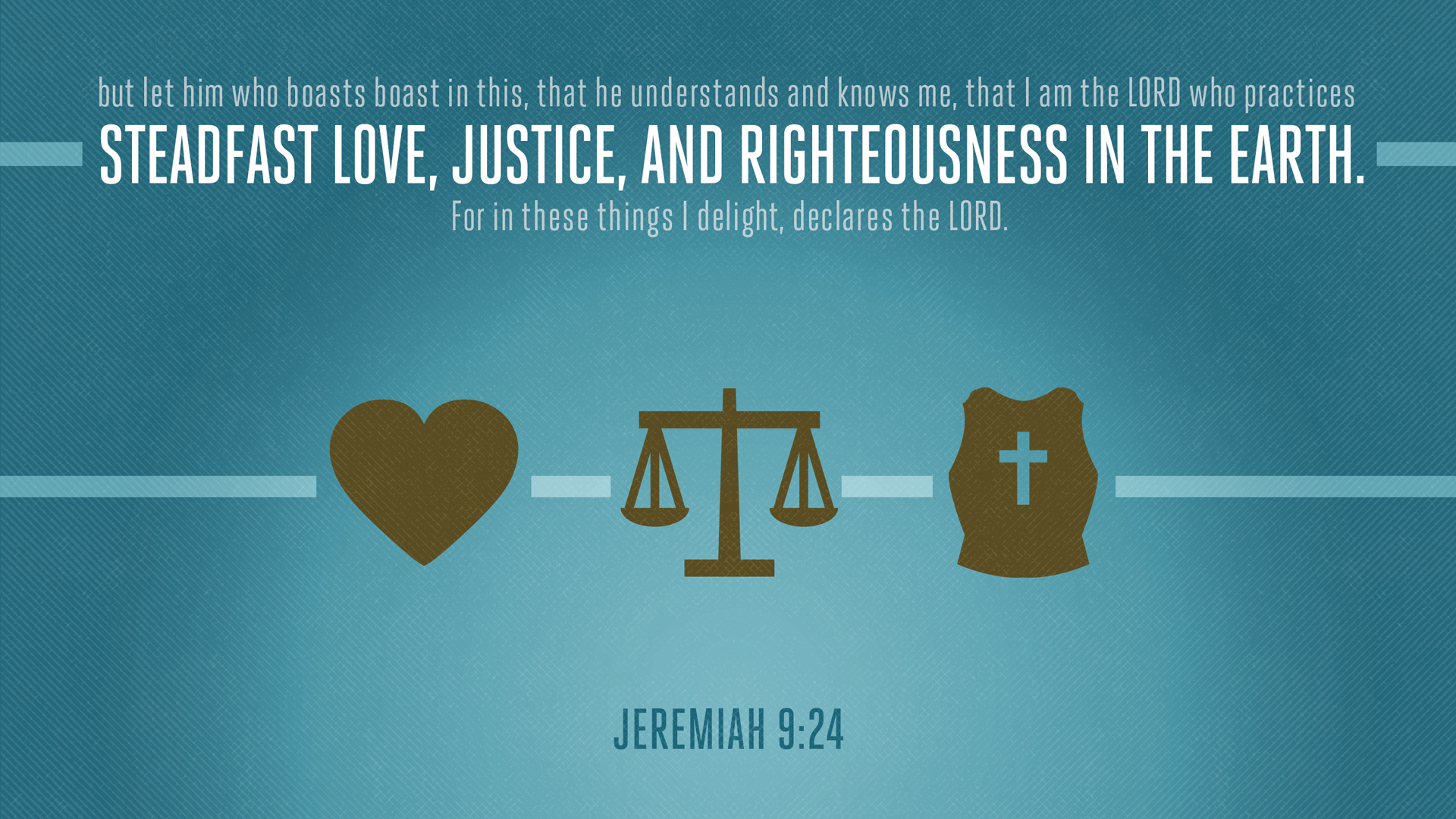 My father acted in steadfast love. He didn’t beat me down, or throw me out of the house, or scold me. Rather, he loved me enough to treat me fairly, as he would anyone else. He knew the system he used and oversaw was redemptive – it was designed to help people like me get back on track and move ahead more responsibly and safely. In doing so, he acted justly – I had broken the law and there was a judgment to be rendered, a penalty to be enforced, a price to be paid. I received the same assignment most other first time teen offenders received. (I was told to write a 250 word essay on the responsibilities of a teenage driver. This standard ‘punishment’ showed steadfast love to all who walked through those court doors in similar situations.) And my father demonstrated righteousness. He did what was right, what the law demanded. He recused himself from handling my case and turned it over to a colleague. No one could say I received preferential treatment. Only now, so many years later, have I recognized the true source and motivation behind my father’s actions and attitude. He understood God.

For God JUDGES WITH STEADFAST LOVE, JUSTICE AND RIGHTEOUSNESS.

• God judges with justice – He is a God of justice. “I am going to bring a disaster on this place that will make the ears of everyone who hears it tingle. For they have forsaken me and made this a place of foreign gods…” (Jeremiah 19:3-4) He condemns the wicked. He vindicates the righteous. He will bring every deed to judgment, whether open or secret. It is true, God is slow to anger. Yet he will not leave the guilty unpunished. He is known for his justice: “The Lord is known by his acts of justice; the wicked are ensnared by the work of their hands.” (Psalm 9:16) He loves justice. “For the Lord … loves justice; the upright will see his face.” (Psalm 11:7) He gives justice to all the oppressed: “The Lord judges in favor of the oppressed and gives them their rights.” (Psalm 103:6 GNT).

• God judges with righteousness. He does what is right, what the law demands. “In those days and at that time I will make a righteous Branch sprout from David’s line; he will do what is just and right in the land. In those days Judah will be saved and Jerusalem will live in safety. This is the name by which it will be called: The Lord is our Righteousness.” (Jeremiah 33:15-16)

So to boast about steadfast love, justice, and righteousness is to boast about the lavish gift of God’s Son, Jesus Christ. “God so loved the world that he gave his one and only Son, that whoever believes in him shall not perish but have eternal life.” (John 3:16) “This is how we know what love is: Jesus Christ laid down his life for us.” (1 John 3:16).

No wonder the Psalmist concludes Psalm 2, “Blessed are all who take refuge in him.”

“O God of earth and altar,
Bow down and hear our cry;
Our earthly rulers falter,
Our people drift and die;’
The walls of gold entomb us,
The swords of scorn divide,
Take not thy thunder from us,
But take away our pride.” ***