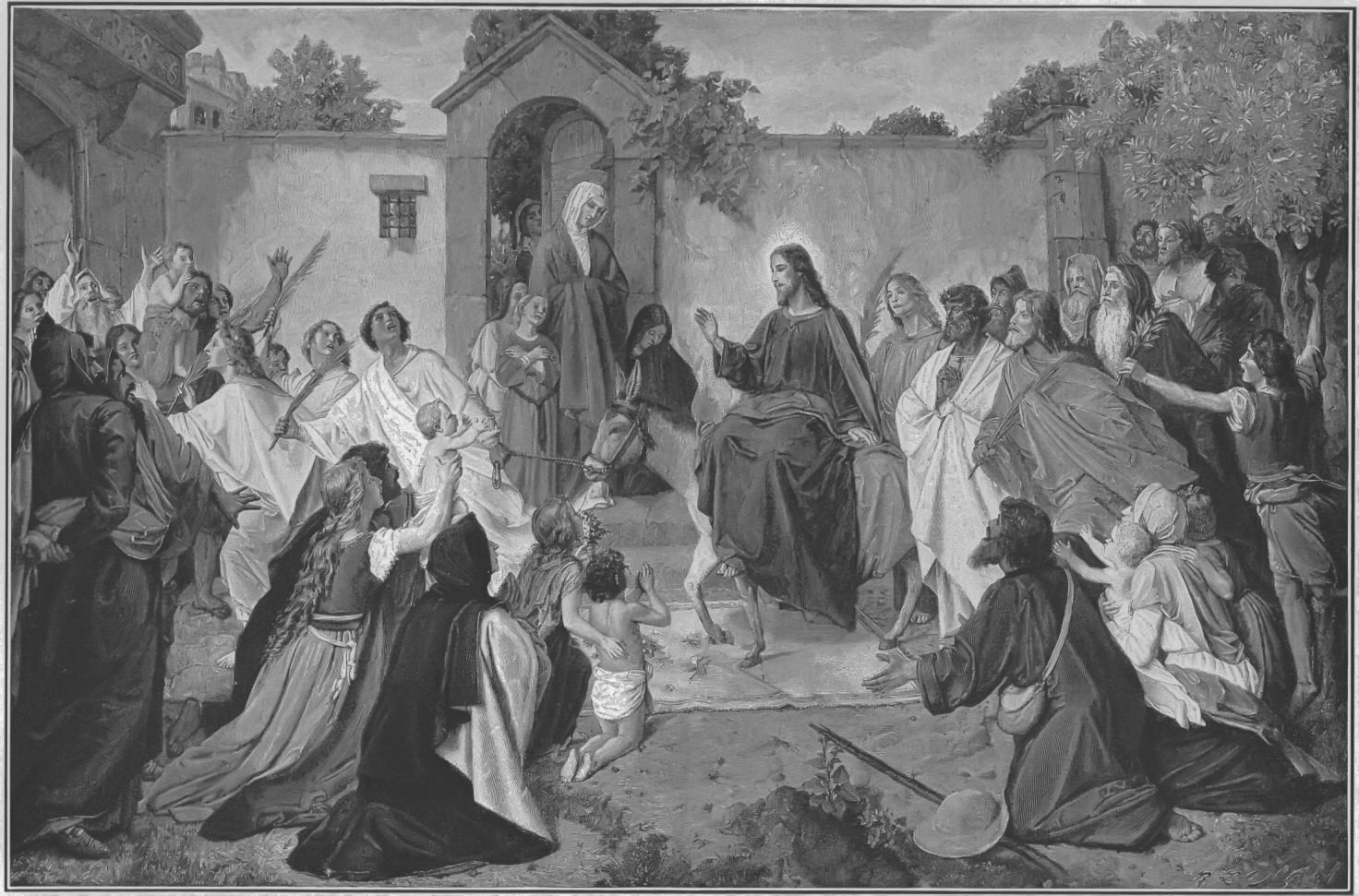 “The next day the great crowd that had come for the Feast heard that Jesus was on his way to Jerusalem. They took palm branches and went out to meet him, shouting, “Hosanna!” “Blessed is he who comes in the name of the Lord!” “Blessed is the King of Israel!” Jesus found a young donkey and sat upon it, as it is written, “Do not be afraid, O Daughter of Zion; see, your king is coming, seated on a donkey’s colt.”” (John 12:12-15) The reality is that Jesus was now the commander of the Lord’s army. He was ushering in the host of heaven to win the day and establish the Kingdom of God. Jesus was taking over, staking his claim over all of life.

He had staked his claim over THE PHYSICAL REALM of life. Through the fall of Adam, humans lost dominion over the earth. Jesus reclaimed it. At his command the wind stopped, the storms ceased, water became wine, fish appeared where there had been none, and five loaves and two fish fed over 5,000 people; lame people walked, blind people gained sight, deaf people started to hear. Jesus was ushering in a new Kingdom, preparing for a new heaven and a new earth of which He would be the source of life and light.

Jesus had also staked His claim over THE MORAL REALM. There was the day He was teaching in the middle of a house when four men, desperate to bring their paralyzed friend to Jesus, sawed a hole in the roof of the house and lowered the man on his stretcher so Jesus would have to deal with him.

“Seeing their faith, Jesus said to the paralyzed man, “My child, your sins are forgiven.” But some of the teachers of religious law who were sitting there thought to themselves “What is he saying? This is blasphemy! Only God can forgive sins!” Jesus knew immediately what they were thinking, so he asked them, “Why do you question this in your hearts? Is it easier to say to the paralyzed man ‘Your sins are forgiven,’ or ‘Stand up, pick up your mat, and walk’? So I will prove to you that the Son of Man has the authority on earth to forgive sins.” Then Jesus turned to the paralyzed man and said, “Stand up, pick up your mat, and go home!” And the man jumped up, grabbed his mat, and walked out through the stunned onlookers. They were all amazed and praised God, exclaiming, “We’ve never seen anything like this before!” (Mark 2:5-12) (2) Jesus was emphatically saying, “Let this visible miracle be proof that I have authority over the invisible realm. I have authority over the moral realm.” So Jesus had authority to preach “Be perfect, therefore, as your Father in heaven is perfect.” (Matthew 5:48) “If you love me, you will obey what I command.” (John 14:15)

And Jesus had staked claim to the SPIRITUAL REALM. Joshua met the commander of the army of the Lord, the heavenly host. Jacob saw this host when he returned from exile. Elisha’s servant saw this host surrounding God’s people just prior to battle. Jesus spoke of the host when, leaving Gethsemane, He indicated He could have called twelve legions of angels who were at His disposal; but He did not. Jesus knew that through His death on the cross, He would reclaim the spiritual realm. One day He would even send His Spirit to fill His followers, which led John to write “…the one who is in you is greater than the one who is in the world.” (1 John 4:4) Jesus was staking His claim and taking over. 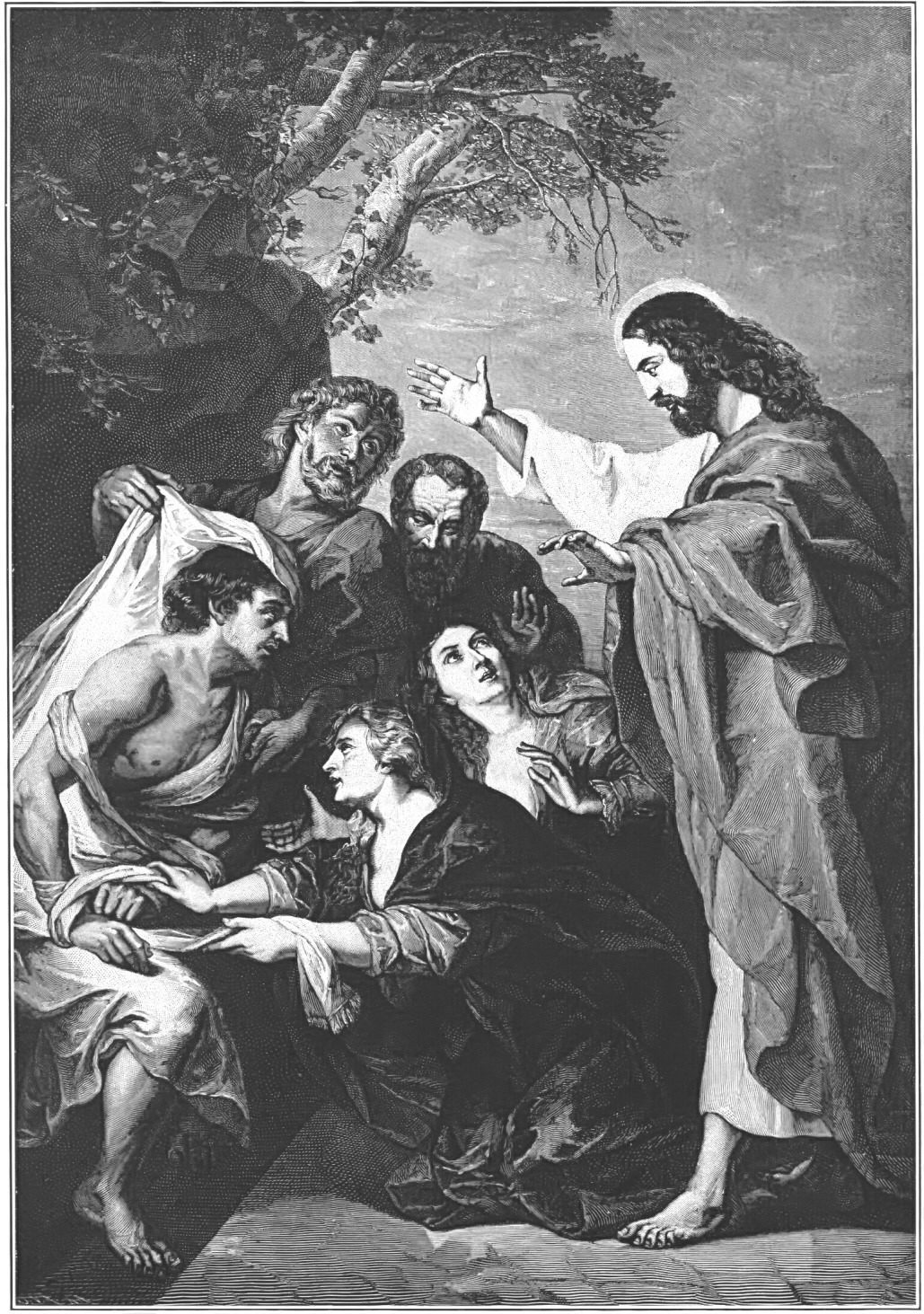 Additionally Jesus had staked His claim over the ETERNAL REALM. On several occasions, he brought dead people back to life. The most dramatic occurrence had been calling Lazarus forth from his tomb. He did this just after proclaiming “I am the resurrection and the life. He who believes in me will live, even though he dies; and whoever lives and believes in me will never die.” (John 11:25-26) Jesus gave proof to His claim that He was the Resurrection and the Life. He had firmly staked his claim to the eternal realm. (3)

Fast forward 40-50 years to the Island of Patmos, to an old man banished into exile because of his preaching about Jesus. It’s John. While there, God lifted him up in the Spirit and shared with him what was yet to come. He was reminded that JESUS HAD STAKED HIS CLAIM AND HE IS IN CHARGE. “Then I saw heaven opened, and a white horse was standing there. Its rider was named Faithful and True, for he judges fairly and wages a righteous war. His eyes were like flames of fire, and on his head were many crowns. A name was written on him that no one understood except himself. He wore a robe dipped in blood, and his title was the Word of God. The armies of heaven, dressed in the finest of pure white linen, followed him on white horses. From his mouth came a sharp sword to strike down the nations. He will rule them with an iron rod. He will release the fierce wrath of God, the Almighty, like juice flowing from a winepress. On his robe at his thigh was written this title: King of all kings and Lord of all lords.” (Revelation 19:11-16 New Living Translation) Jesus is the Lord of life and death, the only Sovereign King and ruler of all of life. He is Christ the Victor. Jesus has staked His claim and He is in charge. He alone reigns forever – the eternal King of kings and Lord of lords! 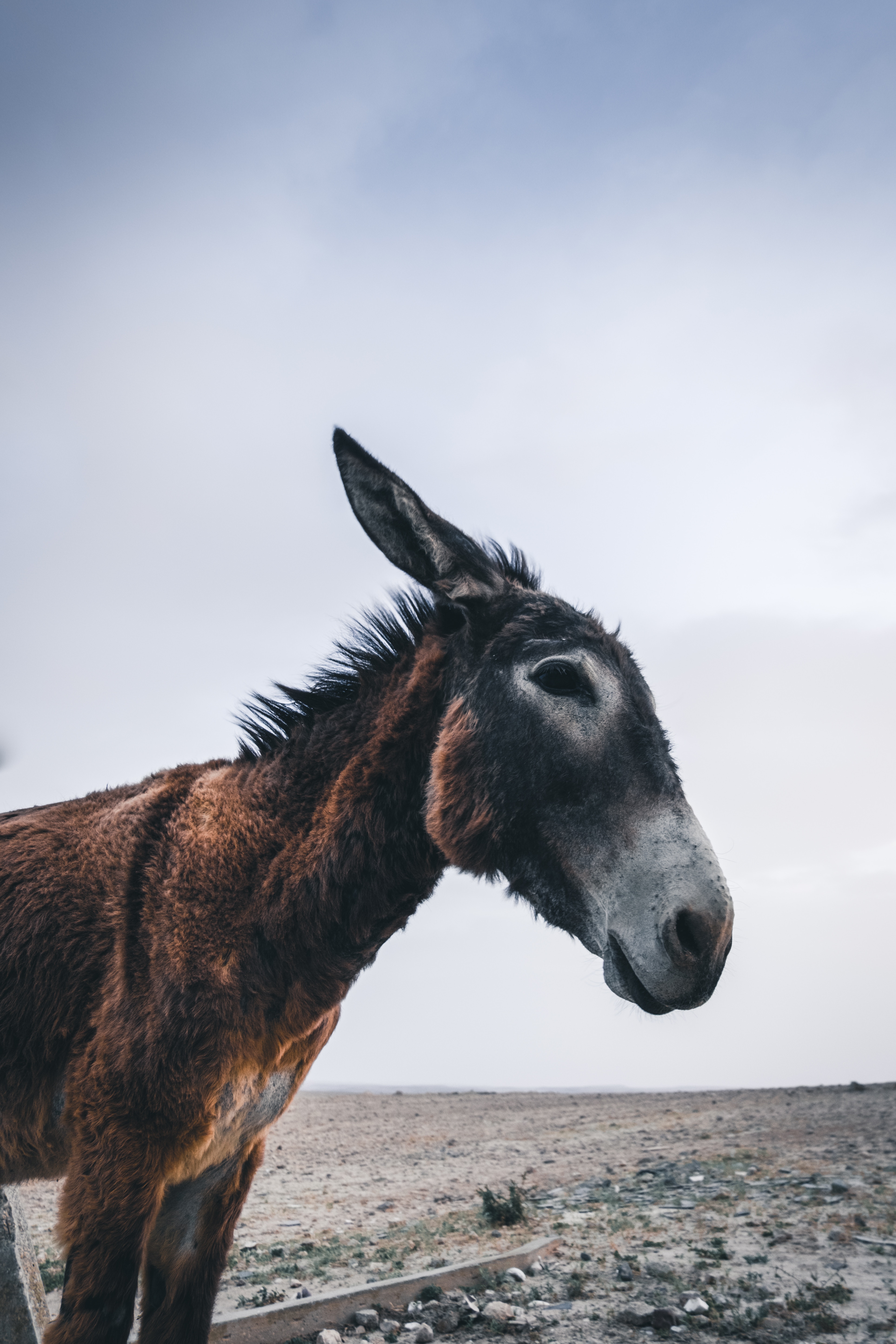 “The donkey (4) awakened, his mind still savoring the afterglow of the most exciting day of his life. Never before had he felt such a rush of pleasure and pride. He walked into town and found a group of people by the well. “I’ll show myself to them,” he thought. But they didn’t notice him. They went on drawing their water and paid him no mind. “Throw your garments down,” he said crossly. “Don’t yyou know who I am?” They just looked at him in amazement. Someone slapped him across the tail and ordered him to move. “Miserable heathens!” he muttered to himself. “I’ll just go to the market where the good people are. They will remember me.” But the same thing happened. No one paid any attention to the donkey as he strutted down the main street in front of the market- place. “The palm branches! Where are the palm branches!” he shouted. “Yesterday, you threw palm branches!” Hurt and confused, the donkey returned home to his mother. “Foolish child,” she said gently. “Don’t you realize that without him, you are just an ordinary donkey?” (5)

Just like the donkey that carried Jesus into Jerusalem, when we lift up Jesus Christ we are no longer ordinary people; then we are key players in God’s plan to redeem the world. The game plan is before us. Let’s get busy!