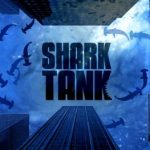 Shark Tank is an interesting TV show. When investors are interested in a business they offer a deal. But if there is something about the business they do not like or makes them wary, or it won’t – in their opinion – be profitable or worth their time, they say “I’m out” and ‘walk away’ from offering a deal. They don’t want to take a risk with their money.

One night it hit me – I, too, have said “I’m out.” Not in relation to making a huge monetary investment, but in my commitment to follow Jesus. I began to think of all the times I’ve hesitated to speak up for Jesus, refused to get involved in something because it was controversial, felt unqualified to go where He was leading me, or didn’t want to risk my reputation. It wasn’t a good feeling. 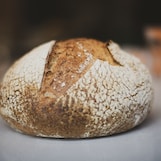 But then I remembered I’m not alone. Jesus spoke eloquently about being the Bread of Life and how He was from ‘the Father.’ It was a lot to take in and sounded strange. In fact it sounded downright scary. John tells us, “From this time many of his disciples turned back and no longer followed him” (John 6:66). They said “I’m out.” How about you? Have you ever told Jesus “I out?”

It’s so easy to do today. The political and cultural climates have, in many ways, put Christians on the defensive. To speak up, get involved and truly follow Jesus will lead to opposition. Criticism – and sometimes even punishment – will result. We may lose our popularity or reputation. We’re not used to that and not sure we can withstand the pressure. So we quietly say “I’m out” and walk away. We don’t want to take the risk.

Jesus knew it would be this way. “If the world hates you, remember that it hated me first. The world would love you as one of its own if you belonged to it, but you are no longer part of the world. I chose you to come out of the world, so it hates you. Do you remember what I told you? ‘A slave is not greater than the master.’ Since they persecuted me, naturally they will persecute you. And if they had listened to me, they would listen to you. They will do all this to you because of me, for they have rejected the one who sent me. They would not be guilty if I had not come and spoken to them. But now they have no excuse for their sin. Anyone who hates me also hates my Father. If I hadn’t done such miraculous signs among them that no one else could do, they would not be guilty. But as it is, they have seen everything I did, yet they still hate me and my Father. This fulfills what is written in their Scriptures: ‘They hated me without cause’” (John 15:18-25 NLT). And here’s Jesus’ reason for sharing this: “I have told you these things so that you won’t abandon your faith. For you will be expelled from the synagogues, and the time is coming when those who kill you will think they are doing a holy service for God. This is because they have never known the Father or me. Yes, I’m telling you these things now, so that when they happen, you will remember my warning” (John 16:1-4 NLT).

Thousands of Christians around the world have been experiencing 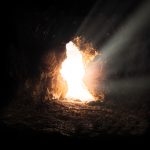 this persecution and hardship far beyond what we can imagine. They have experienced the harsh reality of Jesus’ words. But they have stood fast even while paying a great price. They are our inspiration as they have also experienced this reality: “I have told you these things, so that in me you may have peace. In this world you will have trouble. But take heart! I have overcome the world” (John 16:33).

When have you said “I’m out?” How or where do you need to take a risk and get back to following Jesus? How will you do so? And how can you support and encourage our persecuted brothers and sisters around the world?** Are you out – or in?