It was such a beautiful spring day. Warm temperature and bright sunshine. I was doing some of the outdoor spring stuff – mowing and trimming, and pulling weeds that had powered their way up though the mulch around the trees. I was weeding by our little maple tree when it happened. I felt something on my arm. 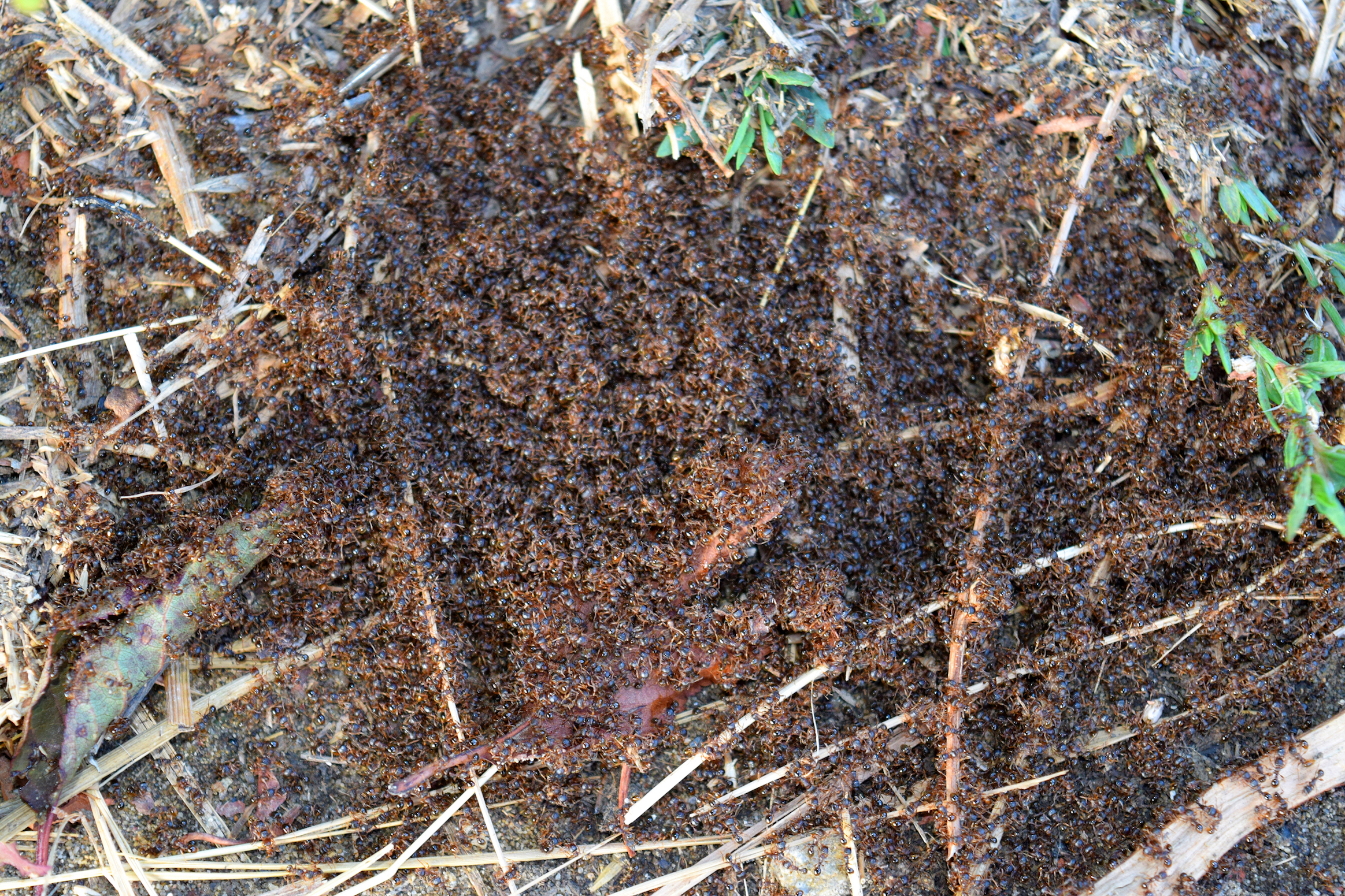 Believe me, I did a lot off brushing off along with arm and leg flailing. (Quite a sight I’m sure!) Once I was confident I had repelled them all I got some spray and doused the mulch. The next day they were dead and gone. But a week later I still have bodily evidence of the bites – the effect lingers for a while.

While reflecting upon this red army attack I was reminded that a similar attack is pictured in the Bible. Jesus warned “Watch out for false prophets. They come to you in sheep’s clothing, but inwardly they are ferocious wolves… Watch out that no one deceives you. For many will come in my name, claiming, ‘I am the Messiah,’ and will deceive many. You will hear of wars and rumors of wars, but see to it that you are not alarmed. Such things must happen, but the end is still to come. Nation will rise against nation, and kingdom against kingdom. There will be famines and earthquakes in various places. All these are the beginning of birth pains. Then you will be handed over to be persecuted and put to death, and you will be hated by all nations because of me. At that time many will turn away from the faith and will betray and hate each other, and many false prophets will appear and deceive many people. Because of the increase of wickedness, the love of most will grow cold…” (Matthew 7:15 & 24:4-12)

The Apostle Paul experienced it and so warned his followers. As he was leaving Ephesus he said to the Elders “I know that after I leave, savage wolves will come in among you and will not spare the flock. Even from your own number men will arise and distort the truth in order to draw away disciples after them. So be on your guard! Remember that for three years I never stopped warning each of you night and day with tears.” (Acts 20:29-31) He also wrote to warn Timothy. “The Spirit clearly says that in later times some will abandon the faith and follow deceiving spirits and things taught by demons. Such teachings come through hypocritical liars, whose consciences have been seared as with a hot iron…For the time will come when people will not put up with sound doctrine. Instead, to suit their own desires, they will gather around them a great number of teachers to say what their itching ears want to hear. They will turn their ears away from the truth and turn aside to myths.” (1 Timothy 4:1-2 & 2 Timothy 4:3-4)

Here’s my summary of these warnings: Those who dig into the soil of the Word, who spend time pulling up the weeds that have powered up into their lives, will be attacked. Like the army of red ants the army of those opposed to Jesus and His message attack and bite. I realized again that my task – the task of all Christians – is to consistently brush off the attackers and keep actively flailing the Word.
Perhaps Paul said it best in one of his letters to Timothy: “Preach the word; be prepared in season and out of season; correct, rebuke and encourage—with great patience and careful instruction.” (2 Timothy 4:2) As the New Living Translation states it “Preach the word of God. Be prepared, whether the time is favorable or not. Patiently correct, rebuke, and encourage your people with good teaching.” Eugene Peterson in The Message hits puts it most forcefully: “Proclaim the Message with intensity; keep on your watch. Challenge, warn, and urge your people. Don’t ever quit. Just keep it simple.”

So even as I still itch I’m grateful to the red army for their attack. The reminder of my purpose and mission has been helpful and encouraging. Lord, help me persevere in digging and pulling up in enemy territory and grant me strength and courage to keep challenging, warning, and urging. And fill me with the wisdom to keep it simple.