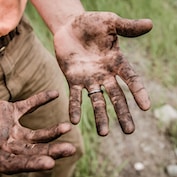 I had the joy and challenge of preaching today from John 8:2-11. The religious leaders set a trap to catch a woman in adultery. They then victimized her by using her to trick Jesus. Portraying her as the dirty one they ask Him, “Teacher, this woman was caught in the act of adultery. In the Law Moses commanded us to stone such women. Now what do you say?”

I’m impacted by Jesus’ response. “Jesus bent down and started to write on the ground with his finger. When they kept on questioning him, he straightened up and said to them, “Let any one of you who is without sin be the first to throw a stone at her.” And their response? “At this, those who heard began to go away one at a time, the older ones first, until only Jesus was left, with the woman still standing there.” 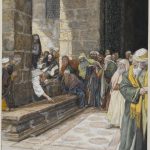 Jesus turned the scene of accusation into a time of self-examination. And the religious leaders were snared in their own trap. They, too, were dirty. There was plenty of dirt to go around. Here’s what really struck me. We are bombarded daily with finger pointing and dirt throwing. The fault always lies with someone else and that someone else has dirt in their lives. So call them names, besmirch their reputation, and push the attention away from yourself. After all, you’re certainly more righteous and cleaner than they are. We hear it in politics, government, media, the workplace, our communities, our homes and even our churches. And in the process of doing so we all get dirtier.

But we also see it in ourselves. Have you ever pointed an accusing finger? 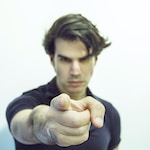 But what if we lived by Jesus’ qualification that only those who are without sin can judge, point the finger and throw the dirt? Would you qualify to judge? Perhaps before pointing the finger and throwing the dirt, we should take time for self-examination. Jesus wants to remind us that we too often demand standards from others that we do not fulfill in ourselves and condemn in others what is glaring in ourselves. There’s plenty of dirt to go around.

So I wonder. What if we followed Jesus’ words and example? What if we lived in the Spirit of Jesus? “Instead, be kind and merciful, and forgive others, just as God forgave you because of Christ. Do as God does. After all, you are his dear children. Let love be your guide. Christ loved us and offered his life for us as a sacrifice that pleases God” (Ephesians 4:32-5:2 CEV). I wonder – would it begin to change our world? I have a hunch it just might. But if not, at least it will change us! And I, for one, need changing.