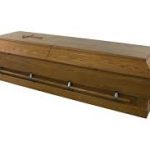 It was only moments before the first funeral I ever conducted. A 38 year old father had died of cancer leaving behind a wife and four very young children. I was about to precede the casket into the sanctuary. I felt a tug on the bottom of my suit coat. I turned around and saw one of the pall bearers, a dear friend, who simply said, “We’ve been praying for you.” While it almost brought me to tears, it also energized me for the moments ahead.

So I identify with the disciples. They had gathered in an upper room to celebrate the Passover. But Jesus was making some serious, disturbing predictions. He said He was leaving them and that one of their tightly knit band would betray Him. He talked about being killed. He predicted that strong, loyal Peter would deny Him – and not once but three times. Since the disciples had come to value and trust Jesus’ words they were disturbed. Whatever Jesus meant, they knew the hours ahead would be difficult, especially if they had to go through them without Jesus.

But, as always, Jesus was sensitive to their state. So He looked at

Peter and said, for all to hear, “Simon, Simon, Satan has asked to sift you” (plural) “as wheat” (Luke 22:31-32). Just as Satan had to ask God for permission to attack Job, so he had to ask for permission to sift the disciples. But Jesus continued, “I have prayed for you” (singular), 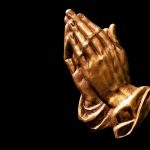 “Simon, that your faith may not fail.” Jesus prays for us! Satan will repeatedly try to sift us, to trip us up and get us to turn away from Jesus. Tough times test us to see if we are wheat or chaff. But, as the Heidelberg Catechism states, all things come to us not by chance but from His fatherly hand. So Jesus prays for us to remain strong. Satan not only has to ask permission, He has to overcome the prayer of Jesus!

These are strange, worrisome difficult days. Satan loves to take advantage of these times. They are moments of sifting. He figures our spirits are weak. But Jesus is praying for us. He is faithful and true and will not let us be tempted  beyond what we can handle, nor suffer beyond what we can bear (1 Corinthians 10:13). He will grant us fresh supplies of His Spirit so mourning becomes joy and darkness turns to light. And as John reminds us the One who is in us is greater than the one who is in the world (1 John 4:4).

But also notice what Jesus adds as He speaks to Peter, “And when you have turned back, strengthen your brothers.” Always remember, as Jesus prays for us so we are to pray for others. Doing so not only helps them, it also helps us as we get out of ourselves and become part of Jesus’ healing, strengthening flow into our world. And isn’t that what we need for these moments of sifting? Jesus is already praying for us. Join me in praying for others. 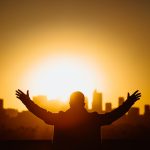