Blessed Easter! The Bible is filled with innumerable resurrection passages. What pulsates in my heart this year is Ephesians 2:16-17 — “And God raised us up with Christ and seated us with him in the heavenly realms in Christ Jesus, in order that in the coming ages he might show the incomparable riches of his grace, expressed in his kindness to us in Christ Jesus.”

Because Jesus rose from the dead we have a center of eternity. Some young children were asked to write what they believed about death. Gilda, age 8, wrote, “When you die they put you in a box and bury you in the ground because you don’t look too good.” Stephanie, aged 9, said, “Doctors help you so you won’t die until you pay their bill.” 9 year old Marsha wrote, “When you die, you don’t have to do homework in heaven unless your teacher is there too.” And Raymond, aged 10, said, “A good doctor can help you so you won’t die, A bad doctor sends you to heaven.”  The truth is, we all want to know what’s going to happen – maybe even when. And that’s an important question. After all, as Rick Warren points out, we’ll spend more time in eternity than we will here on earth. In his words, “This is just the first inch of the yardstick. This is preschool for what’s going to happen in eternity.” (1)

But what do we know for sure? It is certainly possible to postpone death, but not to avoid it. But with Jesus on the throne our lives are centered on a new hope: Easter reduces death from a destination to a passage. Death is not an end but a thoroughfare.

In Herman Melville’s great classic Moby Dick (2,) one of the most beloved people on the ship is named Queequeg.

One day he became seriously ill, and although he recovered, it made him think about his future. So he requested a coffin to be made in the shape of a canoe. The ship’s carpenter did so. Near the end of the story, the whale, Moby Dick, capsized the boat. Ishmael, the storyteller, found himself floundering in the water, now prey for the sharks. Suddenly a ‘black bubble’ burst up from the water, lifted by its own buoyancy. It was the canoe shaped coffin. Ishmael climbed into it, where he floated for a day and a night, until he was rescued by a passing ship. What an image! Because of Easter, our coffins are nothing more than canoes bearing us from this world to the next. 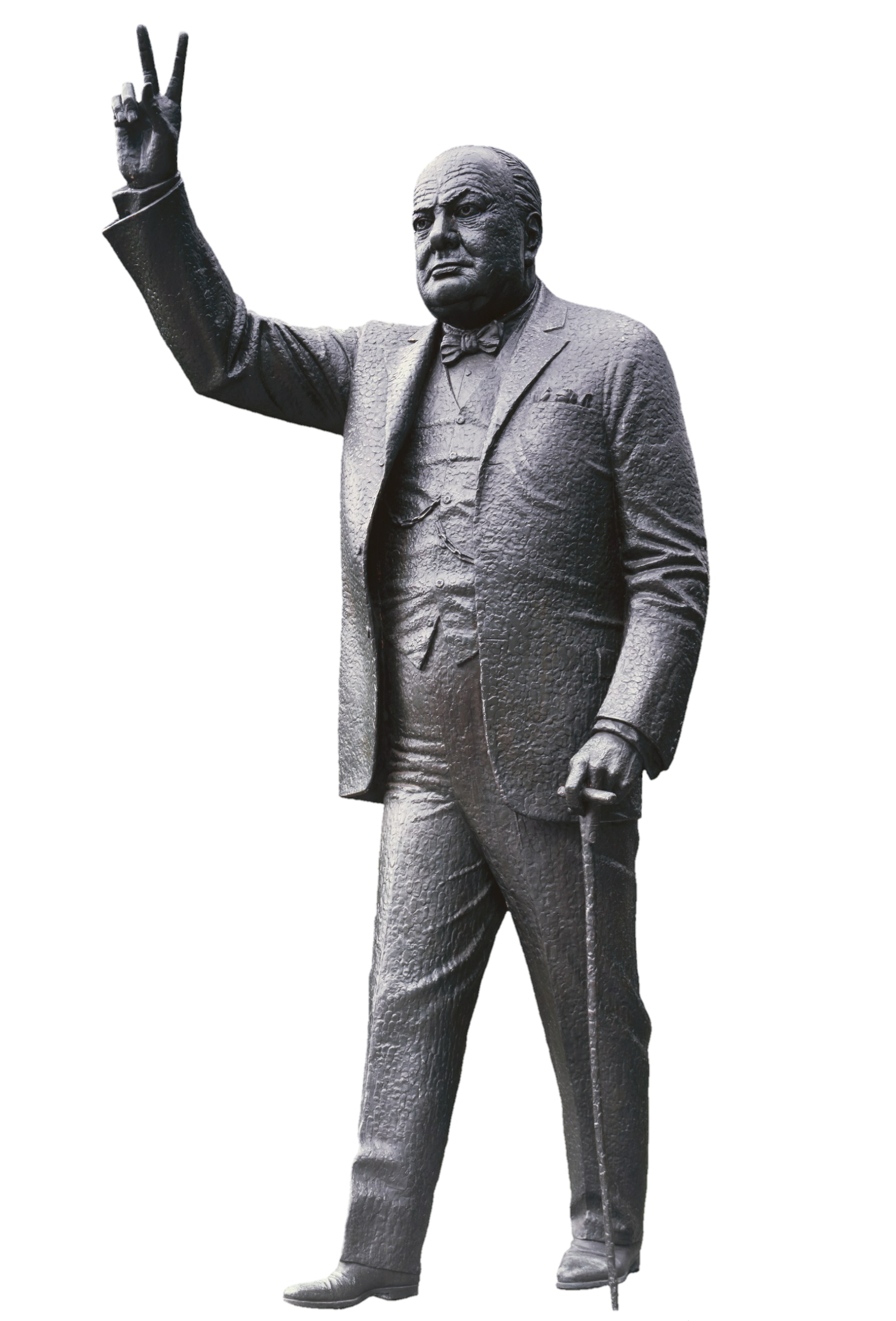 Winston Churchill (3) had it right. He pre-arranged his own funeral. After the benediction he had arranged for a bugler high in the dome of the Cathedral on one side to play “Taps”, the universal signal that the day was over. But then, after a long pause, a bugler on the other side began to play “Reveille”, the signal for the beginning of a new day. It was Churchill’s way of proclaiming that we who are left behind say “Good night” while others in heaven are saying, “Good morning.”  Easter is the New Year’s Day of the soul!

Because Jesus rose from the dead, life is the climax of death. The Apostle John wrote: “Then I saw a new heaven and a new earth, for the old heaven and the old earth had disappeared. And the sea was also gone.  And I saw the holy city, the new Jerusalem, coming down from God out of heaven like a bride beautifully dressed for her husband. I heard a loud shout from the throne, saying, “Look, God’s home is now among his people! He will live with them, and they will be his people. God himself will be with them. He will wipe every tear from their eyes, and there will be no more death or sorrow or crying or pain. All these things are gone forever.” (Revelation 21:1-4 New Living Translation) Life is the climax of death.

Steve McQueen (4) was a renowned actor who led a life as tough as the one he portrayed on the screen. He was extremely successful until alcohol and a failed marriage left him empty. Out of sheer desperation he attended a crusade conducted by a Billy Graham associate. McQueen made a profession of faith and asked if it would be possible to meet Dr. Graham. Arrangements were made and eventually Dr. Graham met with McQueen in the actor’s limousine. McQueen just wasn’t sure that God could give eternal life to someone with such a checkered past. Dr. Graham pointed him to Titus 1:2: “…a faith and knowledge resting on the hope of eternal life, which God, who does not lie, promised before the beginning of time…” He asked Dr. Graham to write it down, but Dr. Graham instead gave him the whole Bible. Later, McQueen died in Mexico while seeking experimental treatment for his cancer. He passed into eternal life with his Bible open and his finger on that verse. Life is the climax of death. So Jesus said (John 14:1-3 NLT), “Don’t be troubled. You trust God, now trust in me. There are many rooms in my Father’s home, and I am going to prepare a place for you. If this were not so, I would tell you plainly. When everything is ready, I will come and get you, so that you will always be with me where I am.” Life is the climax of death.  As a great Easter hymn proclaims, “Soar we know where Christ has led…Following our exalted Head. Made like Him, like Him we rise. Ours the cross, the grave, the skies.”  Life is the climax of death.

At the end of the movie, Jesus of Nazareth, Peter stares into the empty tomb (5) and says, “Now it all begins.” 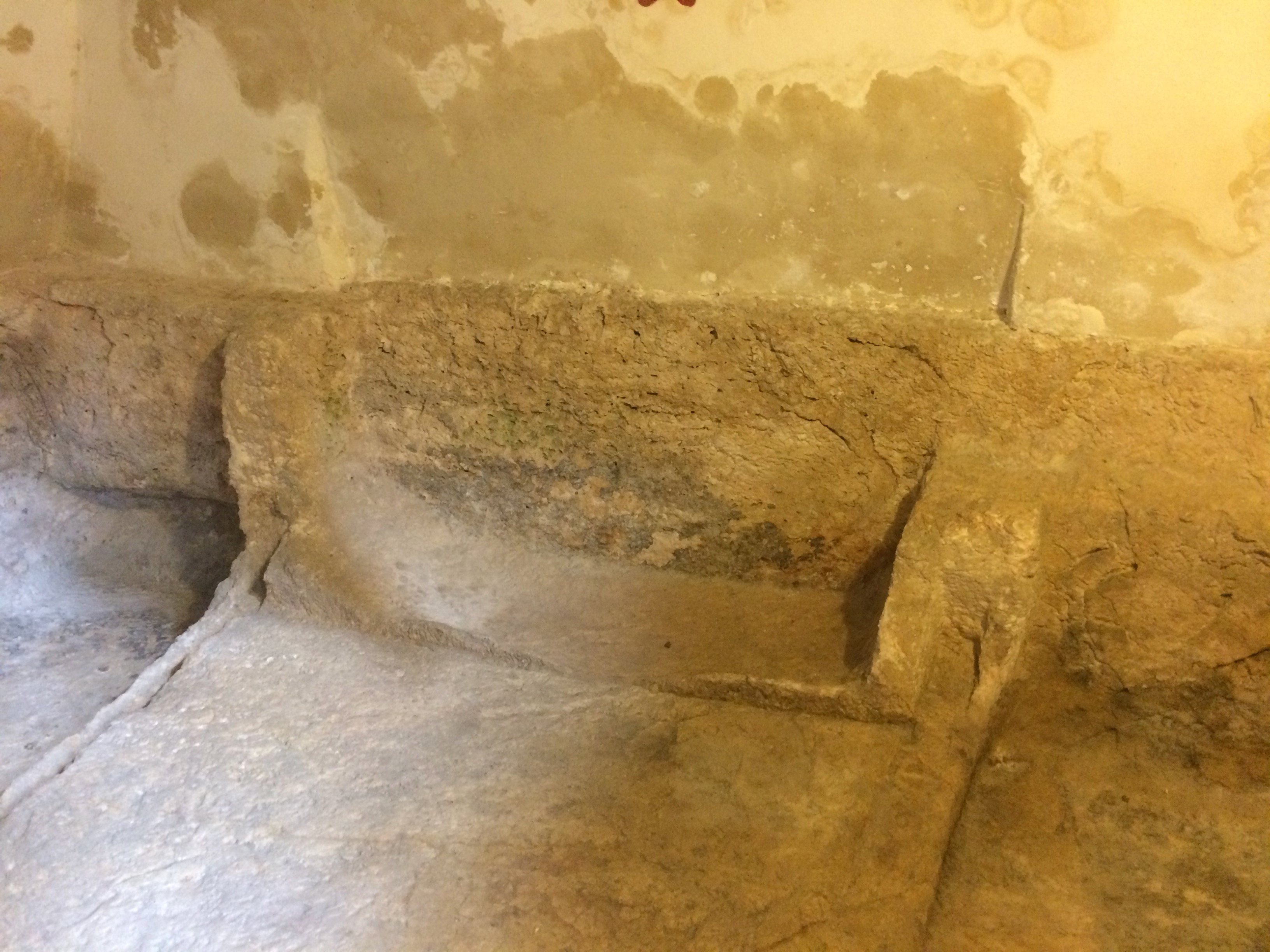 It begins right now. New life! New power! New hope! For Jesus lives! No matter your situation today, no matter what condition you are in – you can come to the throne, where Jesus offers so much more. Give yourself to Jesus, our resurrected Lord, who sits on the throne. I invite you to discover life, and be prepared for eternity. Let this Easter day be the New Year’s Day of your soul!