Bob Dylan once sang, “The times, they are a-changing.” It’s more true now than when he sang  it.

Change is a fact of life. We know change happens, but few of us find it easy or relish it. We are often comfortable with the way things are or, even more accurately, with the way things used to be. Therefore we often see change as the enemy and fight it rather than manage it or adapt to it. But as Charles Kettering wrote, “The world hates change, yet it is the only thing that has brought progress.”

For centuries, people believed that Aristotle was right when he said that the heavier an object, the faster it would fall to earth. Aristotle was, after all, regarded as the greatest of all times and surely could not be wrong! So no one really challenged that belief until nearly 2000 years after Aristotle’s death. In 1589 Galileo went to the top the leaning Tower of Pisa and pushed off a ten-pound and a one-pound weight. Both landed at the same time. But the power of belief in the familiar, conventional and comfortable wisdom was so strong that people denied what they had seen. They continued to say Aristotle was right, reinforcing the observation by Niccolo Machiavelli in his book, The Prince, that: “There is nothing more difficult to take in hand, more perilous to conduct or more uncertain in its success than to take the lead in the introduction of a new order of things.”

It is never an issue of if things are going to change – things will always change. It’s an issue of determining our response to change. Will we fear it and fight it, or welcome it, manage it and creatively adapt to it? As Giuseppe Maccini put it, “Slumber not in the tents of your fathers. The world is advancing – advance with it.” Just one example. In my lifetime we have gone from the introduction of the 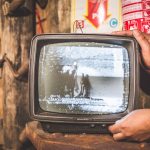 black and white TV with pre-recorded programs to cameras mounted on computer monitors which enable us to see – live – the person with whom we are communicating. What sense does it make to fight this great progress? Why not learn to use it in creative and wholesome ways? Consider the impact of this great new – and still changing technology –  during the COVID 19 pandemic. Businesses, families, churches, medical facilities – to mention a few –  have found valuable new ways of communicating and being together. 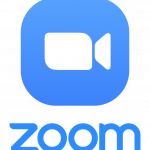 We need to prayerfully welcome, manage 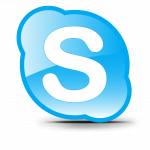 and adapt to change – make it our friend and ally. The key is always to maintain our principles and core values while being flexible with our techniques and methods. “Methods are many, principles are few; methods often change, principles never do.” Only God, after all, never changes. He is the same yesterday, today, and forever. That means His character and His heart never waver; but how He works through and among His people and in His world is always changing. Author Henry Blackaby wrote, “God is always at work, and our job is to find out what’s He’s up to and join Him.” That is the best approach to change I know. Keep close to Christ and we will not only ride the winds of change – we will create the changes!

Until next blog …unless, of course, things change!