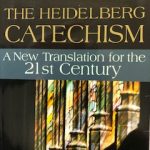 Jesus told His disciples “It is for your good that I am going away” (John 16:7). Would the disciples would be better off without Jesus? What good is an absent Jesus?  The best expression of the answer, I believe, comes from the Heidelberg Catechism question and answer 49 which deals with the meaning of Jesus’ ascension. It has a three part answer.

First, “He pleads our cause in heaven in the presence of his Father.” Jesus advocates for our position. He defends and represents us, pleads our cases and causes and intercedes for us. “Who then will condemn us? Will Christ Jesus? No, for he is the one who died for us and was raised to life for us and is sitting at the place of highest honor next to God, pleading for us”  (Romans 8:34).

The second good the Catechism states is “…we have our own flesh in heaven – a guarantee that Christ our head will take us, His members, to Himself in heaven.” Jesus assures us of His protection. Just before He ascended He said, “All authority in heaven and on earth has been given to me.” Paul then wrote “… (he is) seated at (God’s) right hand in the heavenly realms, far above all rule and authority, power and dominion, and every title that can be given, not only in the present age but also in the one to come. And God placed all things under his feet…”  (Ephesians 1:21 ff.). 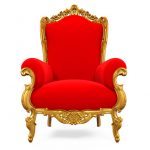 He reigns from heaven but rules the earth. He may be absent in person from the earth, but He is positioned on the seat of divine power. Enemies with us and around us cannot destroy or deter us. We do fight against the flesh, the world, Satan, and the threat of death – but the battle has already been won! We may fail; we may fall ill; we may suffer misfortune; we may endure persecution; we may find our hopes dashed; life may fall to pieces all around us – but God is the ruler yet! Our future is guaranteed!

So we can walk by faith, not by sight.  As Peter wrote “You love him even though you have never seen him. Though you do not see him, you trust him; and even now you’re happy with a glorious, inexpressible joy. Your reward for trusting him will be the salvation of your souls” (1 Peter 1:8-9). So how do you feel? What does your life and faith communicate to a disbelieving world? Do you find yourself saying, “The world is such an awful place” or singing, “This is my Father’s world!” Walk by faith, not by sight – break apart the clouds of depression, rise above defeat, believe during uncertainty, build on failure. As the great hymn rings out: “When darkness veils his lovely face, I rest on his unchanging grace. On Christ the solid rock I stand, all other ground is sinking sand.”  Walk by faith, not by sight – for Jesus assures us of his protection.

The Catechism answer concludes, “Third, he sends his Spirit to us on earth as a further guarantee. By the spirit’s power we make the goal of our lives, not earthly things, but the things above where Christ is, sitting at god’s right hand.”  Jesus assists us with his power. “For His Holy Spirit speaks to us deep in our hearts and tells us that we are God’s children. And since we are his children, we will share his treasures – for everything God gives to his Son, Christ, is ours, too” (Romans 8:16-17). He sends His spirit to focus us. We become conscious that we are children of God, brothers and sisters of Jesus Christ! Paul wrote, “Since you have been raised to new life with Christ, set your sights on the realities of heaven, where Christ sits at God’s right hand in the place of honor and power” (Colossians 3:1). The Holy Spirit pulls us away from thoughts of sin and towards thoughts of Christ. The law of gravity acts to keep a 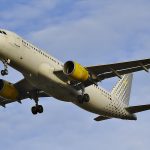 plane from flying. But when a plane reaches a certain speed, the law of aerodynamics takes over and frees the plane from the effects of gravitational force. So the Holy Spirit frees us from the gripping, magnetic power of sin and sets our eyes and minds on Christ.

So we can be faithful. The Thessalonians were so sure Jesus was coming again very soon that they stopped everything to wait for Him. But Paul told them to get busy. There is to be no loitering – stop standing around, stop resting on memories of the way it used to be, stop waiting for things to change or get better. That’s why Jesus’ final words were “Go…make disciples… baptize…teach…obey.” The battle is over, the victory is secure. Get busy mopping up. We dare to believe that ordinary people like us have been called and empowered to be the continuation of Christ’s ministry on the world. 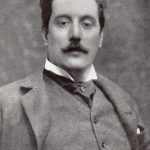 Puccini was one of the greatest composers of Italian opera, having composed such works as La Boheme and Madame Butterfly. He began his last opera, Turandot, as he was dying of cancer, convinced that if he did not finish it, his students would; and he died before it was completed. After his death the opera was completed, and its premiere performance was held, under the direction of Arturo Toscanini, who was the greatest conductor of that time and also one of Puccini’s  students. All went brilliantly until at the end of the first scene in the third act, Toscanini abruptly halted the performance, laid down his baton, turned to the audience with tears streaming down his face, and said, ”Thus far the master wrote, but he died..” There was stunned silence. Then, triumphantly he picked up the baton and said, “But his disciples have completed his work.” Since Jesus assists us with His power, we can be faithful. Let’s finish the work!